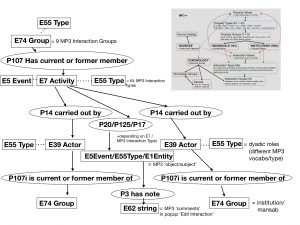 In a few days we are about to launch the new Islamic Open History Dataplatform (IHODP) which was developed as part of the project: Mamlukisation of the Mamluk Sultanate II: Historiography, Political Order and State Formation in 15th Century Egypt and Syria (MMS-II) at Ghent University. A good moment to contemplate on how it all started and on what was the road that lead us to this.

In 2009 the FileMaker company Clickworks developed a complex, user-friendly remote access FileMaker Pro database, the Mamluk Political Prosopography Project (MP3). This relational database served as research tool for the team of the ERC starting grant project of Jo Van Steenbergen at Ghent University, The Mamlukisation of the Mamluk Sultanate: Political Traditions and State Formation in fifteenth-century Egypt and Syria. The two main questions of this project were ‘What were the rules of the game of 15th-century politics, and how did these rules change over time?’ These questions were tackled from the methodological perspective of prosopo- and sociographical research and operationalised via this MP3 database.

This database had to connect many thousands of source fragments of 15th century chronicles, biographical dictionaries and administrative manuals (factoids) to detailed analytical categories that identified groups, types and units of particular characteristics for political actors, positions (manṣabs), and their multiple relationships between the 1400s and 1460s. The database made it possible for the research team to interpret and re-organise the disparate narrative source material via specific research questions and through prosopographical parameters.

After four years of collaborative input (done more enthusiastically by some than by others) MP3’s dataset consisted of 9,366 text fragments, 4,354 political actors and 1,232 manṣabs, both linked to 51,717 characteristics, and 11,470 events linked to 36,250 practices.

After the completion of this ERC-starting grant project Jo Van Steenbergen applied successfully for a consolidators grant, The Mamlukisation of the Mamluk Sultanate II: Historiography, Political Order and State Formation in 15th Century Egypt and Syria (MMS-II). Having fulfilled the aims and needs of the former project, MP3 appeared to no longer suit the challenges and needs of the new project. In line with evolving ideas on data-management, data-sharing and data sustainability, Jo Van Steenbergen wanted to create a new open access digital humanities dataplatform to which the data of MP3 could be migrated but which also could serve as a research tool for other projects working with Arabic source material.

Thanks to the funding of the Research Foundation – Flanders (FWO/ Hercules Foundation) and of the European Research Council (ERC CoGr MMS-II) this new data platform could be developed. After a public tender procedure the development of this new dataplatform was awarded to open source developers Inuits (2017-20).

From January 2017 onwards we started having regular meetings with the project manager of Inuits, Michel Van De Ven, to discuss the development of this new dataplatform.

For me it was a huge challenge to try to understand the technical aspects of the database (most of the time my computer only serves as a modern typewriter and post-office) and my non-technical background made me struggle with communication. Often, the developers and I communicated in completely different ways, using different words and terminology trying to say the same thing or having a completely different opinion about what is logical or not, what is user-friendly and what not. In the beginning I was mostly struck by the fact that they made conversation with the use of abbreviations and English terms. I also struggled with the fact that through the years, I became so attached to MP3, that I constantly compared everything with the former database and described it and thought about it in almost melancholical ways.

Eventually, however, things worked out nevertheless and the static relational database MP3 was transformed into a graph database called MPP (Mamluk Prosopography Project). The metadata were stored as RDF data organised along the CIDOC Conceptual Reference Model which made it much more flexible and standardised than the static tables in a FileMaker Pro relational database had been.

Now we are two and a half years further, and after lots of meetings and extensive testing, we are ready to launch the Islamic History Open Data Platform (IHODP) in which MPP runs as a first project. Two other related and interconnected projects, Corpus: Texts from Late Medieval Egypt and Syria (Corpus) and Bibliography of 15th Century Arabic Historiography (BAH), are soon going to be launched on IHODP too.

After two and a half years, I still open the FileMaker Pro database from time to time to have a look into the past, but I’m now really enthusiastic about and convinced of the advantages of this new graph database. You can find a detailed explanation with demo’s of IHODP and MPP on our MMS-website. I would certainly recommend you to have a look at it. Who knows after a while, like me, you also start communicating with abbreviations! 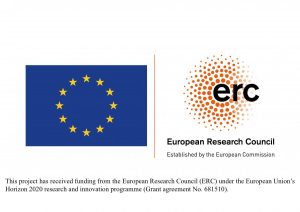